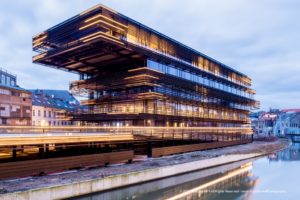 It is a real inspiration to see cities that are working with digitalisation – and that have a good bicycle infrastructure. Ghent is one of those cities. It is a promising mix that shows respectively how a city understands the need and benefits to digitalise and how we can see the fruits of working with accessibility and sustainability. A healthy and attractive city full of life.

Future Place Leadership had the privilege of workshopping on the future of place branding with Ghent, as a part of their URBACT programme. We analysed a best practises from the Nordics, especially with digital marketing.

It was inspiring to see how high on the agenda digitalisation is Ghent. It is all about As they put it:

“We seek an organizational shift from a rather traditional to a digital approach that offers opportunities for forming a conversational and learning network of economic stakeholders.

Using web and social media, enabling dialogue and sharing user generated content. A platform/HUB for interaction and promotion on a local and international scale.”

As for the public space and accessibility, Ghent has the largest pedestrianised area in the country. They are innovating further, measure the impact and have results to show for it, according to Copenhagenize:

“The plan is already having significant impacts on transportation choices. In a year, the impacts of the plan are: 25% increase in bicycle users, 8% increase in public transportation ridership, 12% decrease in car traffic during the rush hour, even 29% less cars on the most important routes within the ring road and 58% in the residential streets. Moreover, 6 interviewed inhabitants out of 10 consider cycling as safer than before.”

All in all, #Ghent is going places and we will sooner rather than later hear more about them again.