Estonia – a Nordic country and a digitalised nation 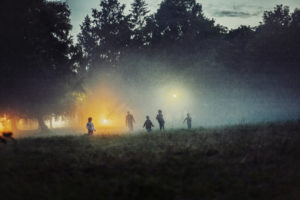 Estonia (Estland) is a Nordic country. The language is very close to Finnish, not to mention the culture. But above all else, the values and contemporary hallmarks make it Nordic. This includes mindset, flat society, dry humour, straightforwardness and mentality is Northern. The country is a leader in all things digital, with taxes filed in 3 minutes and e-voting being the norm. The environment is in high regard. PISA results rank Japan, Estonia and Finland as best educators (OECD 2016).

The “mental geography” is Nordic, as Toomas Hendrik Ilves, the former president has put it.

Still, the country struggles with its reputation.

Its digital reputation is solid – think Skype, e-residency, Jobbatical, Transferwise, NATO cyber defence centre, the EU’s IT Agency or even Barack Obama saying on a state visit he should have asked Estonia for help before taking Obamacare online. Nonetheless, associations people connect to this aspiring Nordic country are negative or neutral at best. Those who have had a connection, whether for business or travel, have a positive and surprising impression, as studies by Enterprise Estonia / Team Estonia show.

In 2015 the Enterprise Estonia made the right decision to revamp its branding platform. Since 2017 the toolbox Brand.Estonia.eu and landing page Estonia.ee are the new resources all are welcome to use!

Here is an innovative example of how Brand Estonia managed to position the new brand. Instead of showcasing the usual beautiful pictures and materials, Estonia has a honest visual identity. A picture of a swamp. But it goes further. Coming back to the negative perceptions people have, high CO2 emissions and one of the largest gender pay gaps in the EU are indeed a problem. How can a country make this weakness a strength and show that it really does see it as a problem? Estonia chose to talk about it openly and offers materials (visuals, talking points, data) on this. Honest and authentic branding.

We have had the pleasure to work with Brand Estonia, benchmarking them with the innovative and capable branders of Finland. Brand Estonia also worked with us during the formation of its new branding platform. We provided inspiration, best practises, engaged stakeholders and helped to explain the need of place branding and how frontrunners do it. This entailed participation in the Nordic Place Branding Conference 2015 and 2017, to co-organising the “Nation and City Branding Conference” in 2016 in Tallinn to offering input and comments to the brand architecture on a running basis and giving a speech at the brand platform launch in January 2017.

We were very glad to have been able to work with Brand Estonia and the Estonian Design Team (Eesti Disaini Meeskond). We wish that the branding toolbox and material that have been developed in co-creation with the stakeholders, businesses and civil society will take off.

“In Estonia, clean and untouched nature co-exists with the world’s most digitally advanced society. It is a place for independent minds where bright ideas meet a can-do spirit.” That is the country’s shortest pitch.

Today, in place branding terms, it is considered as one of the best practise cases. “After restoring its independence in 1991, Estonia has come a long way to find its place on Europe’s and the world’s map. This Nordic Country in northern Europe, with half of its territory “occupied” by forests and wilderness, has worked hard to build its economy and position itself as an innovative and technological country.” Best practise case as described by City Nation Place (January 2020).

Estonia is a Nordic country by “mental geography”, is a long standing theme in the work of Toomas Hendrik Ilves, president of Estonia 2006-2016 and current visiting fellow The Center for International Security and Cooperation at Stanford University.

Estonia as a Nordic country – How Estonia is a Nordic country by mindset, even if current problems are Eastern European. An article by Pärtel-Peeter Pere in Focus, a magazine of the Swedish Chamber of Commerce, page 36.

What else we have worked on.